There are two masses connected by a string, as shown in the diagram. The pulley connecting the strings is a low friction pulley. Mass M is 15 kg, while mass m is unknown. The coefficients of kinetic and static friction are 0.235 and 0.285 respectively. The masses are released from rest. 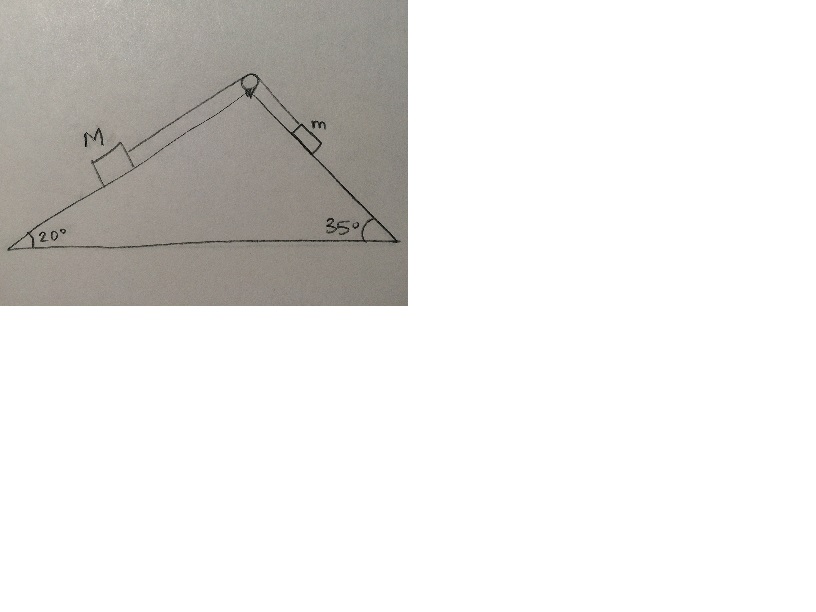 a) With the given information, find the minimum value of m needed to start a system moving so that m moves downhill.

b) If m is 15% higher than the value obtained in part (a) and the system is released from rest, use work-energy considerations to determine the speed of both masses after they have both displaced 4.40m.